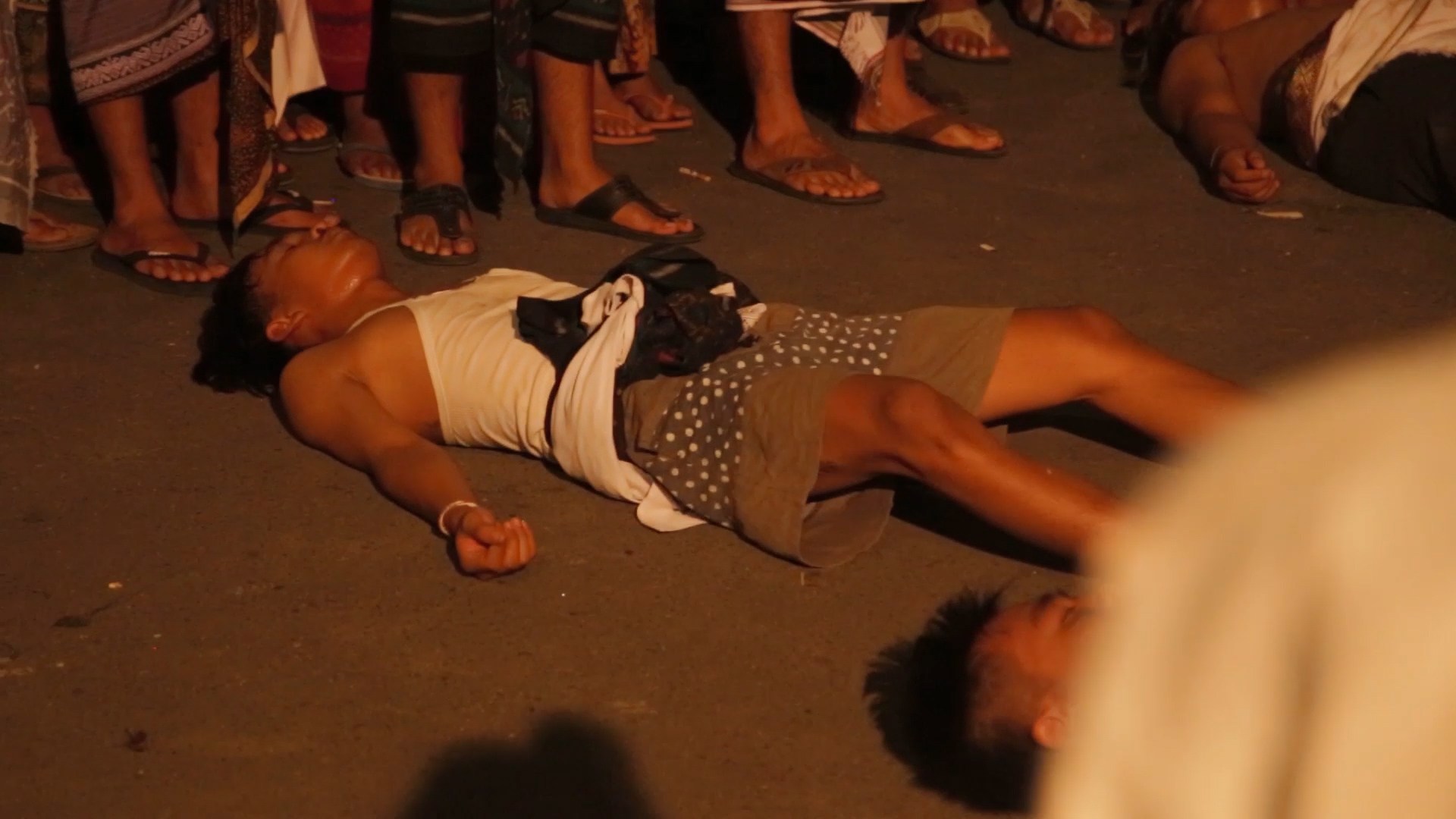 Ngurek is a tradition that has strong ties with several religious ceremonies in many villages in Bali. Ngurek, which is also known as Ngunying, is an offering to Ida Sang Hyang Widhi Wasa (the Balinese’s passionate name for the Supreme God). Ngurek translates as making a hole using sharp object, hence Ngurek is a combination of stabbing and drilling the chest. The story of Ngurek dates back to the era when Bali had kingdoms. It is a devotion to God and only can be done when a person reaches a culmination point of spiritual consciousness. Whole Ngurek performance start with Barong dance. Barong dances, among the most sacred in Bali, symbolize the interwinning of good and evil and the complex relationship between man and the supernatural. The term barong can apply to the dance, the mask, or the characters depending on context. The barong animal mask represents good, and its types include the tiger, boar and buffalo. The most characteristic, however, is the barong kek, a mythical animal. Evil is personified by Rangda – literally “widow”, but interpreted as a witch associated with spirits of the dead. Several men armed with keris (daggers) acompany Rangda when she enters. Under the influence, they go into a trance and stab themselves, but are protected from injury by Barong’s presence. As Bali grew to become a favourite tourist destination few sacred symbols have been commercialized and have become amusement for tourist, including Ngurek. Tourism cooperates with art groups, who the perform Barong and Rangda performance for tourist, anywhere and anytime. On the other hand the Balinese now are quite wise in making a clear separation between the sacred and the commercial. Sacred is a part of a religion that is basic for the Balinese. This sacred Ngurek far away from the tourist happened in Kerambitan in Tabanan regency in april 2017. 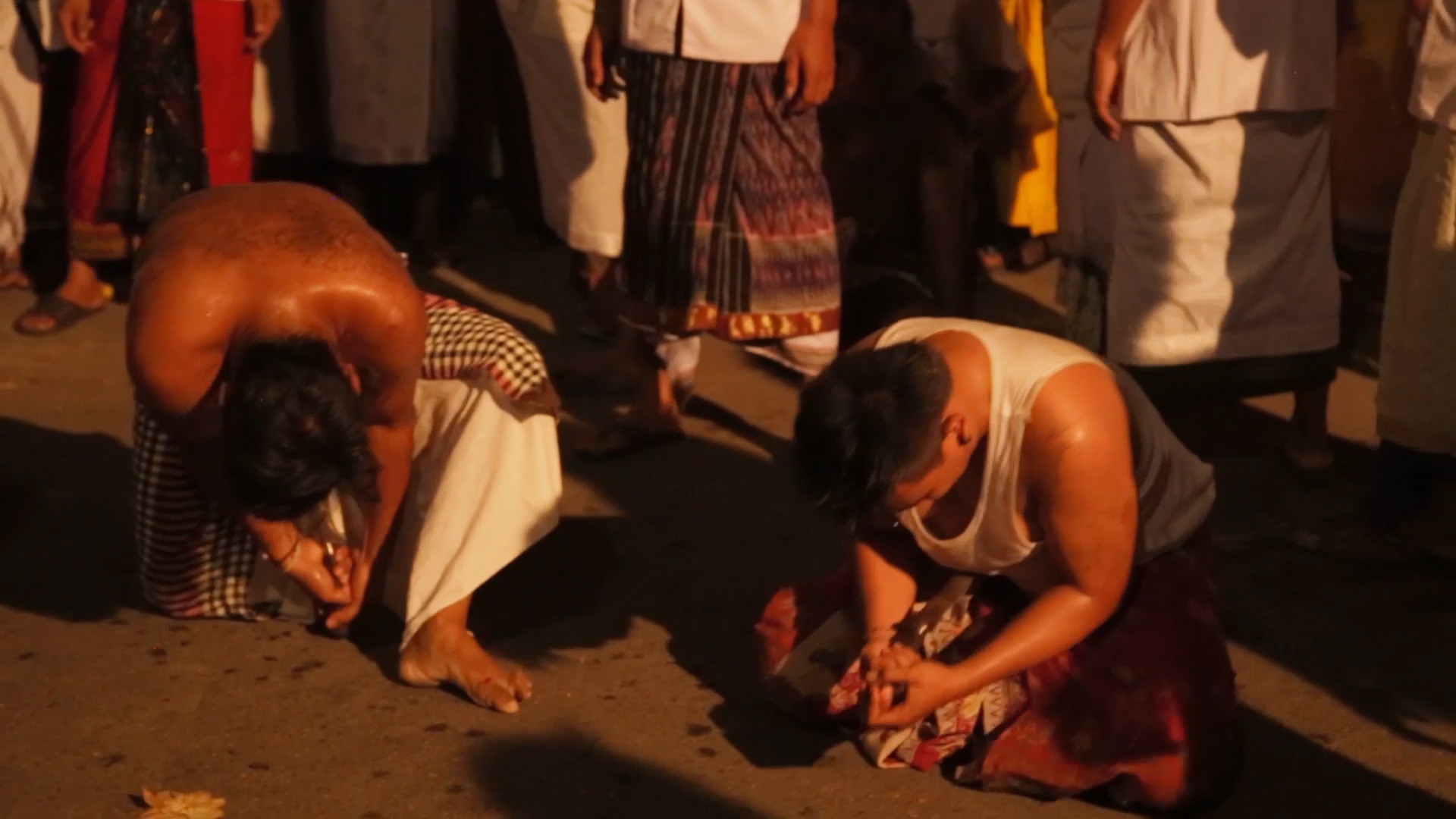 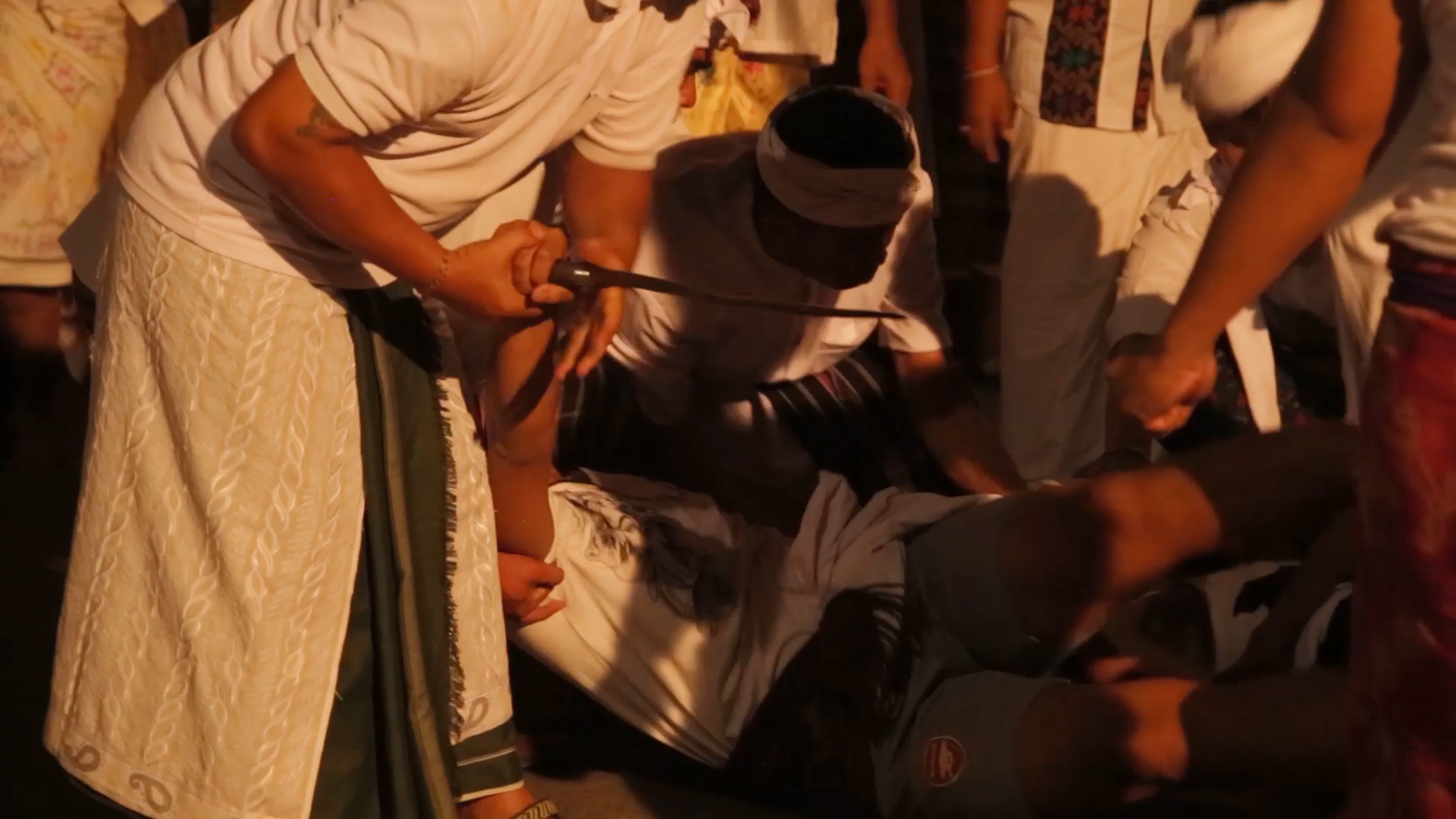 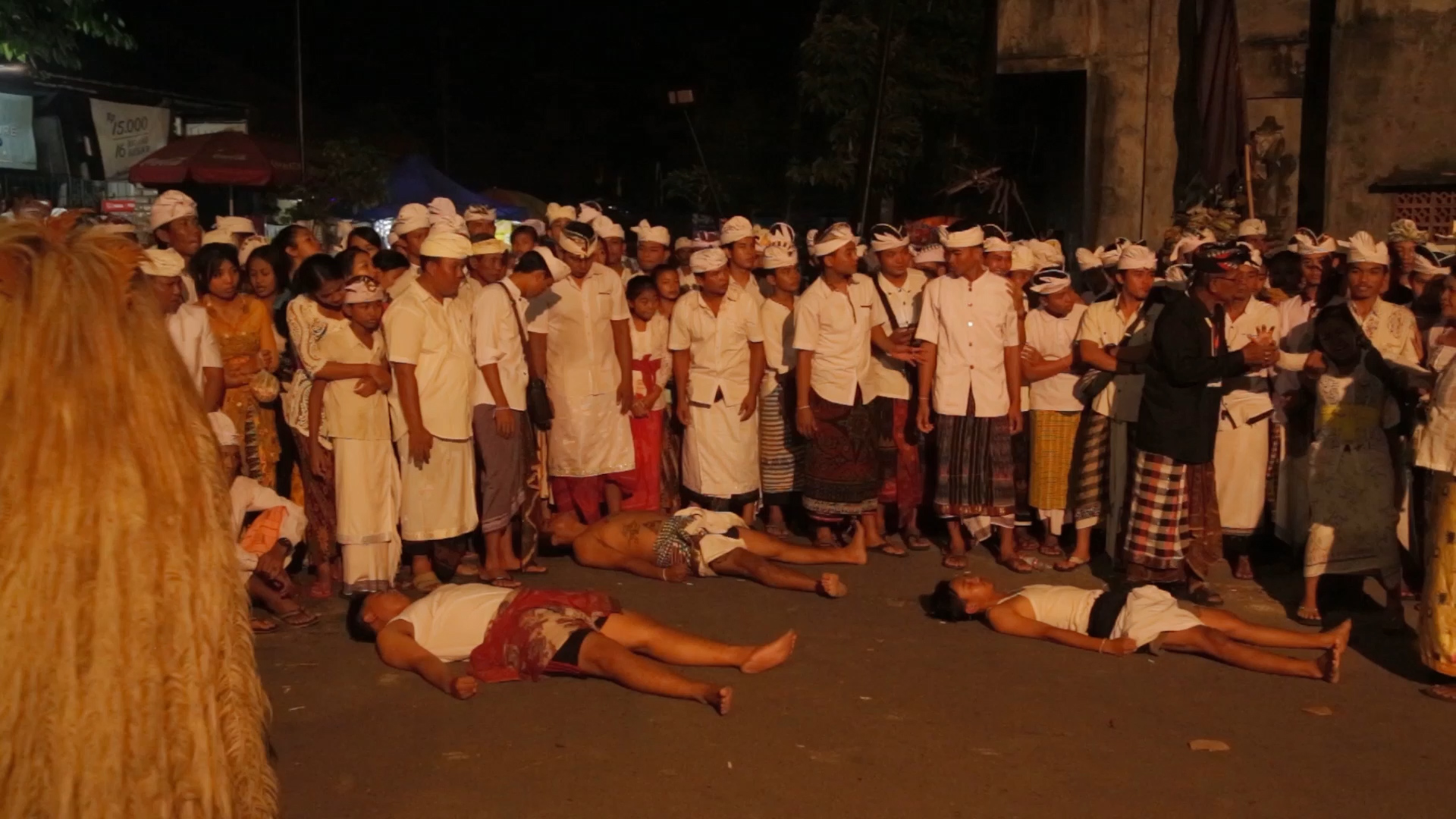 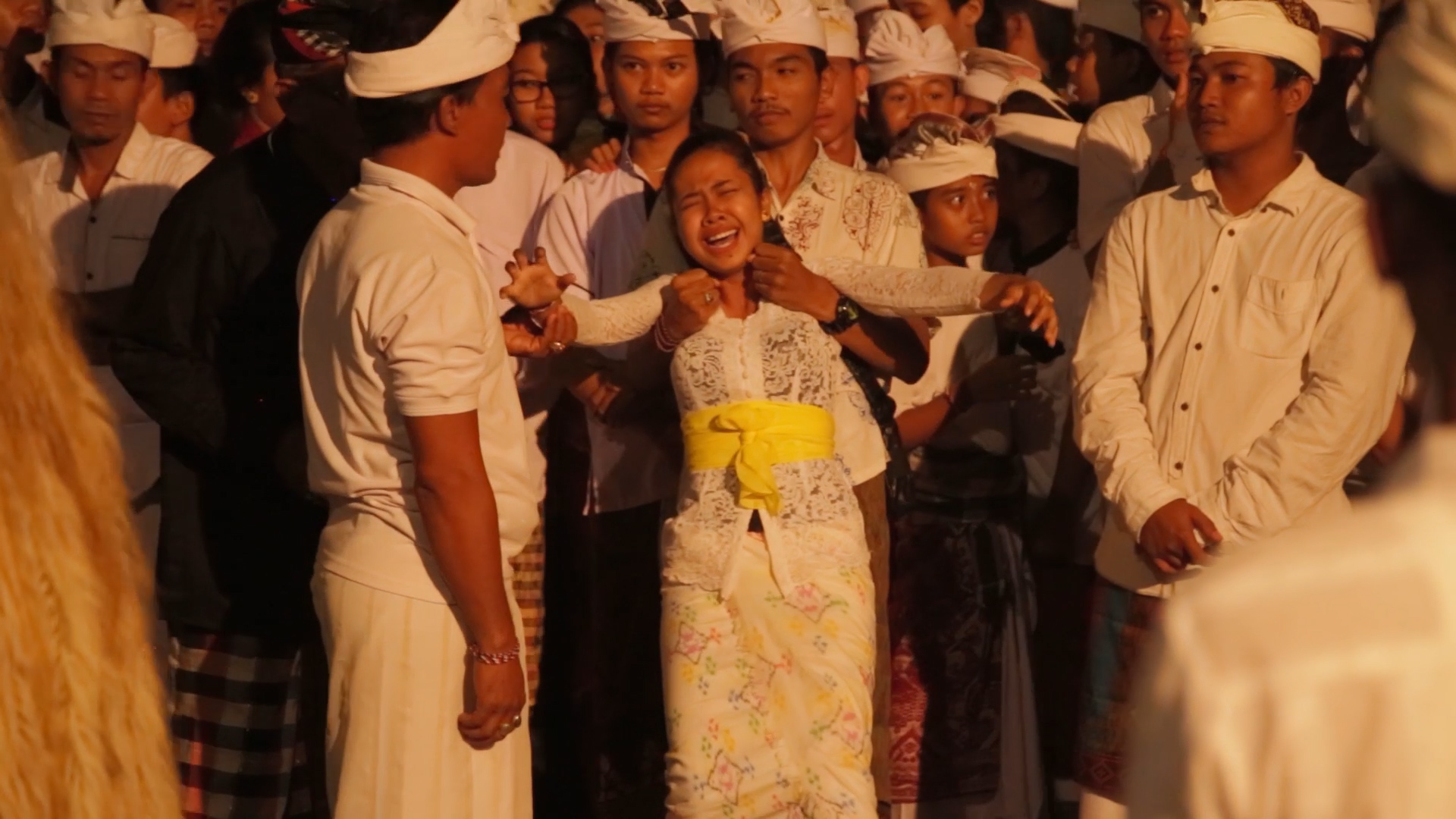 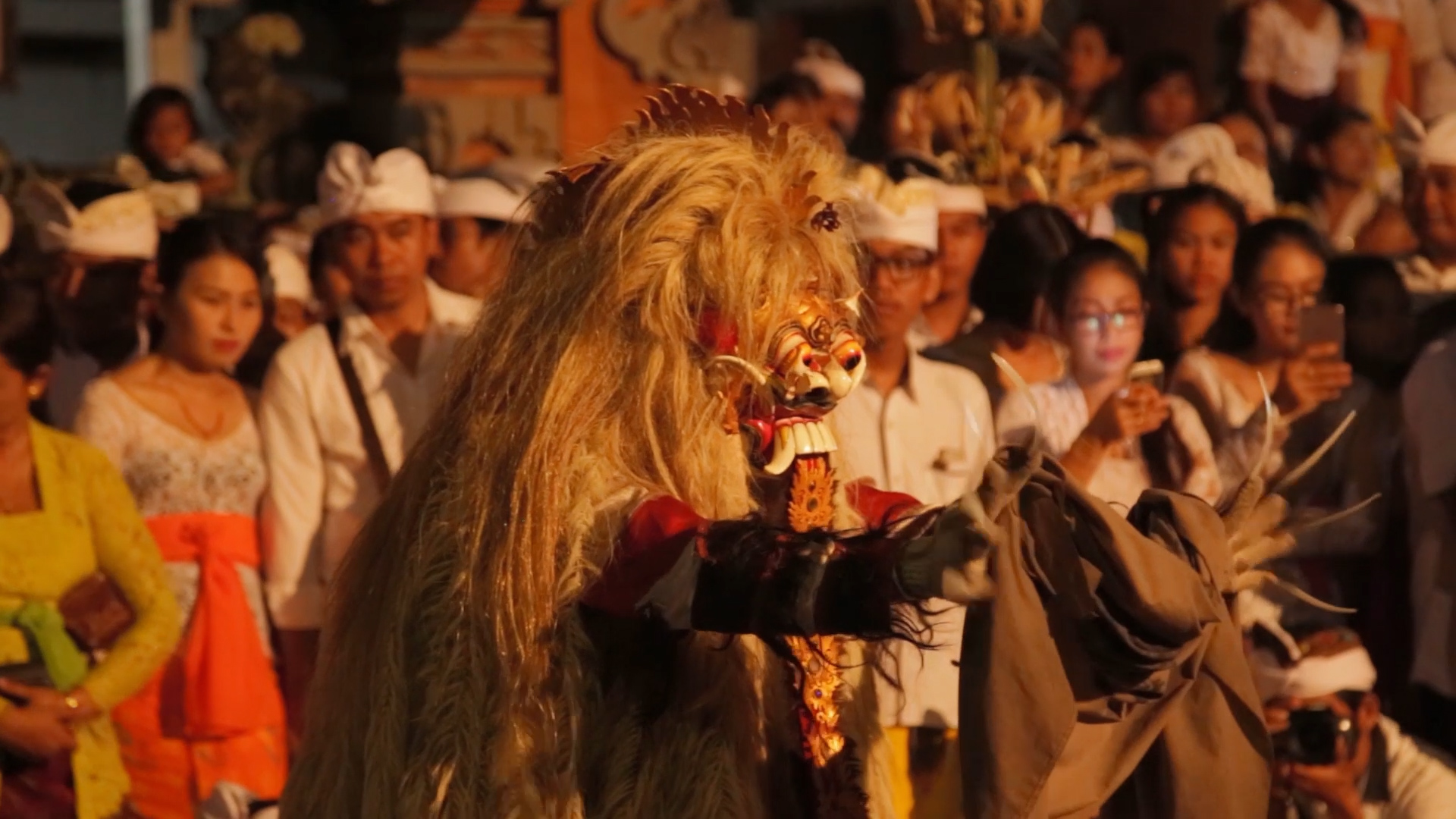